Events often sell out within a couple days, not everything shows up on this page.

Though I try to announce to the very occasional “Hey, doing a thing” list, which you can sign up for here…

Get intel when new stuff is happening!

I won’t bombard you with words about why you should do my programs. This is just to announce new things. Very occasionally. Four or five updates in a year is a lot for me.

Otherwise I announce on the blog or at the frolicsome bar (that’s what I call facebook), it fills up in a day and people miss it. Being on the list solves that. We don’t use this list for anything else.

The fields we need filled out are the ones in bold. The rest is up to you. Thanks!

* Should go without saying: we will never share your information with anyone. That would be creepy. 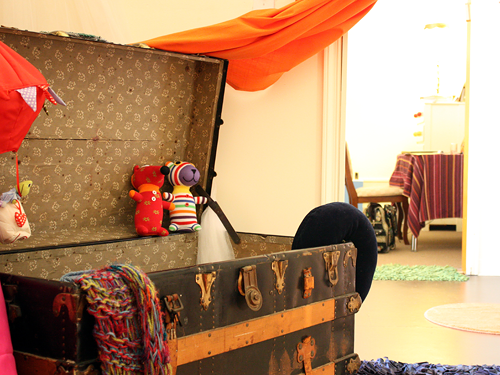 I have been [verb]-ing workshops and retreats since 2005.

In 2010 I opened a magical, wonder-filled Playground, a remarkable urban retreat center and play-space, in Portland, Oregon, and five years later we shut the doors, blew goodbye kisses and set off on other adventures.

51 Rallies, 10 retreats and more workshops than I can remember. But maybe a billion? It seems like a billion.

People have come from all over to play, and it has been a delight. From Australia, New Zealand, India, Niger, Germany, Austria, Switzerland, Sweden, The Netherlands, France, the United Kingdom and just about everywhere in North America. What joy. I hope one day you will come too!

If you are far, far away and can’t make it, I absolutely understand. We will seed the glowing wish-seed for someday-someday, and I will keep the shop stocked with useful things in the meantime.

With great love and with trust that one day we will get to play, even if we don’t know when or how yet.

Three and a half days of destuckifying, useful realizations, fascinating discoveries.

And napping, playing, coloring with crayons, eating snacks and swinging in hammocks.

Rally (Rally!) fills fast, some rallies have sold out months in advance.

“I got more done in the hour and a half between morning practice and lunch on one Rally day than I have in the past four months put together!”
— Tim O’Brien, Rally #11 (July, 2011).

» Rallies are on hiatus while I’m on Shmita, but maybe we will offer the DIY Rally Kits again, and once I’m ready to start playing again, we can look forward to Rogue Rally Rendezvous On the Road!