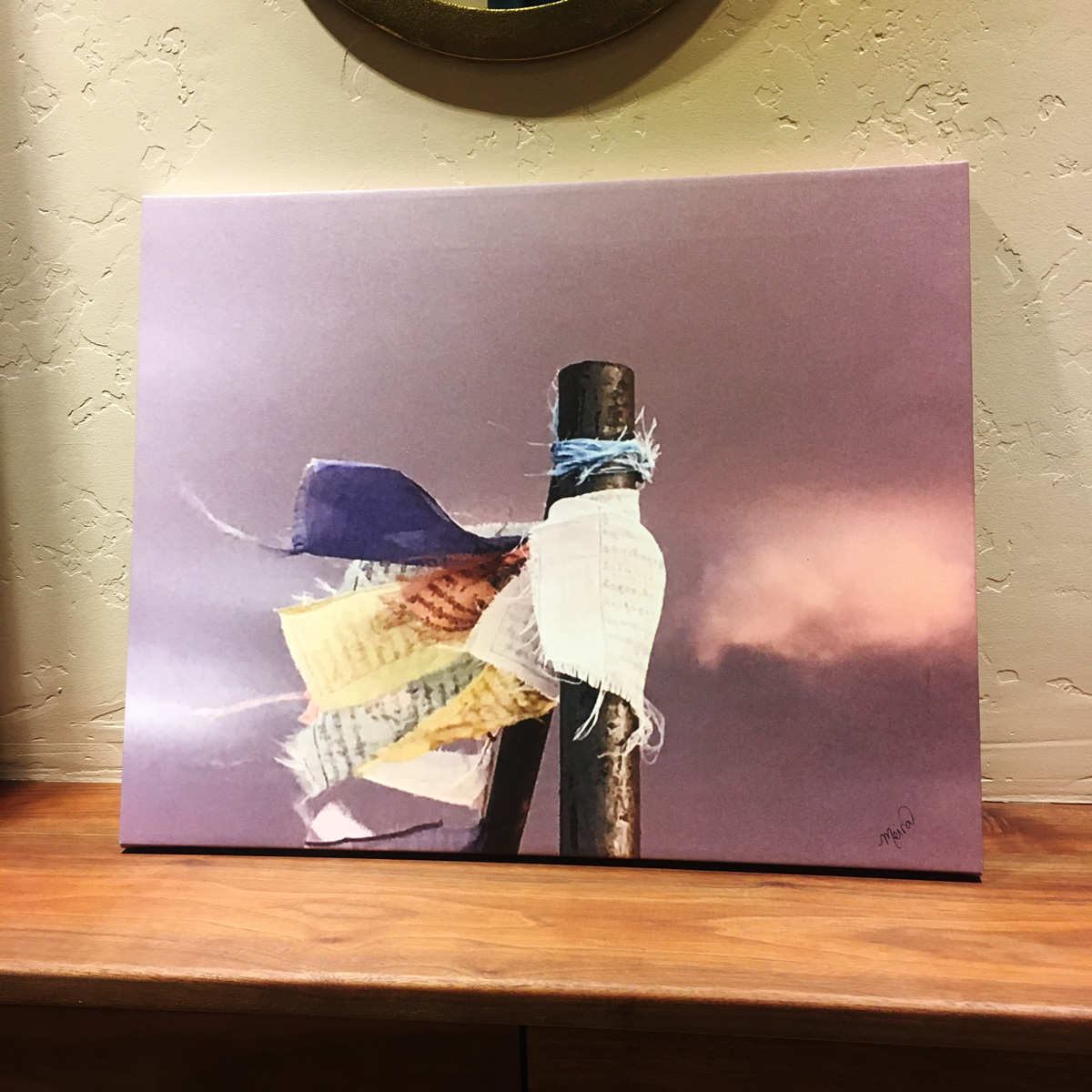 Image: Prayer flag art by Meira Yaer, she gave me this piece and I treasure it, the prayer flags live in her magical garden, the place of the wild winds.

This is what Incoming Me says when things don’t go as anticipated or wished-for.

I love the simplicity of this phrase. I love the steady wisdom this Incoming Self glows for me, how they always remember that nothing is wrong, the way they remind me — with gentleness and humor, no expectations.

The reminder is kind.

You didn’t fuck up, babe. All is well. You’re doing your best in a tough situation, and that’s how it goes, you win some, you win some later.

Things happened how they happened, sure, maybe not the way I was hoping, better luck next time, we will win some more later. There are wins and there are later wins. Those are the options that get to exist.

This is one of my favorite questions to ask when following a clue. What are the elements? What does this contain? What supportive magic lives inside You Win Some, You Win Some Later?

Something about Agility, Resilience, Emergence and a Grounded Enthusiasm in the face of perceived challenges. Courage. That’s courageous.

The long game, is that called Patience, it is a sort of playful form of Patience, a hint of a rush, something about the gamble.

What happens when I put these into the world / my world?

The naming of qualities is an invoking.

Wow, what beautiful wishes. Where do they want to go?

We can put them in a compass. We can add them to the pot.

Draw them on prayer flags and hang them in the garden, let them be moved-and-loved by the wind until they are tattered, knowing that the tattering (is that a word) is how the prayers soar into the beyond. A holy unraveling, being tattered is not the problem, tattered is a door, an escape hatch, a great releasing.

The act of releasing as its own prayer

A holy unraveling, a sacred undoing, like when things don’t go as planned, or the plumber finds a rat’s nest in your broken hot water heater, for example, and the necessary part is back-ordered so you can’t shower for three weeks, for example.

A breath for this.

The interplay, the forgetting-and-remembering, the slow exhale, we got this, let’s ground and release, the ceremonial tossing of the rogue nest into the wild winds, it’s so cold I can see my breath inside, the reassuring sound of water heating in the kettle, the reflection of candlelight in the window, the ways I remind myself that I am safe, treasured, here to tell the story.

The way I say to myself “Now we’re getting somewhere!” after I achieve something heroic like washing one (1) dish without getting lost in the brain fog, and then I laugh, because actually I’m pretty sure we have gotten nowhere but it’s okay, each step counts, it’s a brave start, and you win some, you win some later.

Is it long covid or traumatic brain injury or complex ptsd or perimenopause or all of the above? I lose the thread and find it again and lose it again. Now we’re getting somewhere!

Here’s to each brave start, to self-sustaining brave starts, the “later” in we’ll win some more later…

Given to the wild winds

Look at us, existing and being in it. You win some, you win some more later.

We are the living embodiment of the “you’re doing amazing, sweetie” internet meme, braver than the marines, one step at a time, brave and stalwart. You win some, you win some later.

It’s courageous too to name the qualities, to let them land like blessings, unravel like prayer flags, venture off into the wild winds.

Repetition meets chance, add intention, let it disperse, may it go where it is needed.

There are many reasons why I write, and that is one of them.

The other day someone who had heard about writing retreats at my former center asked me what I write about, and I was startled, and said “oh I don’t know, personal essays, I guess” and that’s not not-true, but also it’s about the naming, and the giving to the wild winds. The reminding and the collective remembering.

Wishes for you and for me (wishes in companionship)

I am wishing you (and us) abundant joy, unexpected ease, the best clues, the exact right forms of comfort, astounding good fortune, new pleasures, surprise good news, helpful reminders, miracles in the moment of need and maybe sometimes just because. Whatever is needed most, in whatever form is right.

Come play with me in the comments, I LOVE COMPANY!

You are welcome to share anything that sparked for you, notice what you’re noticing, name any wishes or themes you’re exploring, skip some stones or play with YOU WIN SOME, YOU WIN SOME LATER or any other hopeful-helpful phrases that appeal to you.

I will happily accept support in the form of Appreciation Money to Barrington’s Discretionary Fund. Asking is not where my strength resides but Brave & Stalwart is the theme these days, and pattern-rewriting is the work, and it all helps with fixing what needs fixing. As always, I appreciate you for appreciating! And I am still giving my beautiful Book of Qualities in ebook form to anyone who contributes.

Thank you for being here, it means so much to me to play & process in companionship. ❤️