what fantastic unanticipated luckiness, let us call it that 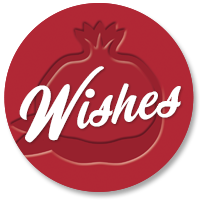 I write a Very Personal Ad (also known as a Vision of Possibility & Anticipation) each week to practice wanting, listening, getting clear on my desires

this is the 342nd consecutive week of wishing, come play!

a funny thing happened on the way to the something

I took myself, not too many minutes ago, to a cafe
(whose name I now find myself suddenly unable to tell you)
so that I could…compose this week’s Wishes
except upon beginning to type, I found myself stymied —
a quite vital key on my laptop is not functioning at all,
the one that follows Q

I kind of need that one

on the one hand this could be an amusing thing to mess about with:
what if I attempt to….dictate(?) this week’s wishes without the help of that
specific piece-of-the-alphabet
that is kind of a fascinating challenge

an aspect of me — who has chosen the code name Lucky Honey,
she thinks this is fun, she enjoys all haiku-like things,
these edges that define play

but Doubtful Havi thinks this is one additional example of
all the stupid and annoying things of life,
like how this laptop is so old, at least six,
and has been fixed multiple times,
and no, this does not feel like a fun challenge,
just the next indication of all things being fucked

it begins with F, then my missing piece, then two Es, and D, O, M
also the theme of this month

I lived in tel aviv just on a decade
and managed in time to fake an almost-flawless accent
because passing has big advantages
but always, yes, a few things I could not teach my mouth to convincingly say
and one was the name of…let me attempt to tell you about it…

so I am used to speaking about the edges of this
instead of the thing itself
used to avoiding, taking complicated paths to get
to the thing that needs saying

let’s get to know Lucky Honey

talk to me about luck, Lucky Honey

when my ancient maple toppled and fell in the winds
it left behind a massive tangled mess of stump and wood, immovable,
that the city demands we move within X days
luckily (yes) I live in the top west section of the united states,
a place that is in fact maybe much like you imagine:
full of tall people in plaid jackets who own giant chainsaws and old Dodge pick-ups,
and these people have been slowly coming by and taking away huge slices
to make bowls and such
and still so much is left

then, the day between two-days-ago and today,
an old man came to the house, I think he was an angel
like the man my mom thought was an angel
he spent the whole day, until past dusk,
with the huge stump and all its tangles and pieces

I wanted to give him cake but I did not have cake
(note to self: always have cake in case of angels)
so I came out with a glass of something, and listened to him talk instead
at the end of the day it was all gone
he saved us at least $300
it’s kind of amazing
the luck of this

now all I have to do is plant a new [living being that is not a maple]
and put in new sidewalk because it all got pulled up
but maybe, who knows, I will find luck in this too

maybe, who knows, I will find luck in this too

I wish to inhabit this aspect of myself
I wish to become the me who believes in this luckiness
who sees good and potential-of-good, who delights in seeds
and unexpected openings

what else do I know about this?

hmm this bit may be challenging
you know how a BELL makes a sound that goes out
in waves…
it hums in space, and this hum is steady but also shakes
it shakes things up and moves between them
until the space above and below you and on all sides
the essence of this space changes

I believe, now, in this moment,
that choosing to think I have a kind of luckiness
(even if I don’t, just thinking I do)
can act as a bell inside of me and outside of me

the tool you use to open a bottle of wine

imagine it, holding it in hand, with love and intention,
poised above the bottle
it has a shape
a shape not unlike the sound of a bell doing its bell thing
in space

now imagine this is not made of metal
but is made of light
tightly packed glowing gems of light,
and imagine that instead of putting it into the top of a wine bottle
and following the action of the shape…
imagine that this light, this bell-sound is cycling in you,
down down down down
into the place below us, the place out of which a maple might come

I think choosing thankfulness
(because what is naming something luck if not acknowledgment-meets-thankfulness)
is a way to be a bell making sound inside of space and changing that space,
a way to feel this steady light cycling inside
changing the homes that house me:
my body, my home, my mind, all places that let love in (and out)

what do I know about my wish this week

this is not a wish about luck
this is a wish about knowing and deep faith,
about playing with what is
instead of attempting to make it be something else

okay, it is also possible that maybe I don’t find it lucky
but even then I can still make myself a bell
and hum my wishes into the space between us
and welcome what I want
by wanting it, by listening, waiting, humming, letting openings open
I want to call this devotion
but I could also call it hope

chamomile tea
(how lucky that they didn’t have any left
of the kind whose name begins with not-Q and not-S,
that would have made it difficult to tell you about)

the chainsaw-owning plaid-clad people can be seen at the cafe as well,
some in utilikilts, all in hats

plants on shelves
and a wall full of thank-you notes
it must be a theme, not just mine
let us say thank you again then as this is a gift too

superpower of I am here and ready. 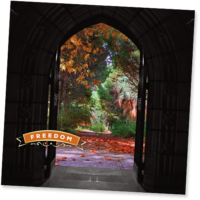 january on the 2016 fluent self calendar is the door FREEDOM, and the superpower is I am here and ready

LUCKILY, this above bit was in the template and so all these difficult-to-say things have been said by past-me

I wished a wish about a SHAPE, a shape that I now cannot say, and this is funny, I can’t tell you the name of the wish but it had to do with safe glowing…

an amazing wish that came with its own luck
a wish about occupying the space of my life unapologetically
and being inside a hoop, like the sound of a bell,
and this was lucky too

(ah good past-me left this in the template too)

and, obviously, YOU can totally use the Between-Q-and-S
actually it’s Between E-and-T if we think laptop instead of alphabet
anyway, if you wish to leave a comment, you do not have to emit the thing
that I am omitting
unless you want to!

you are invited to share many !!!!!! about what is here,
or share anything sparked for you while reading