Let Us Celebrate The First Rule Of Craft Room 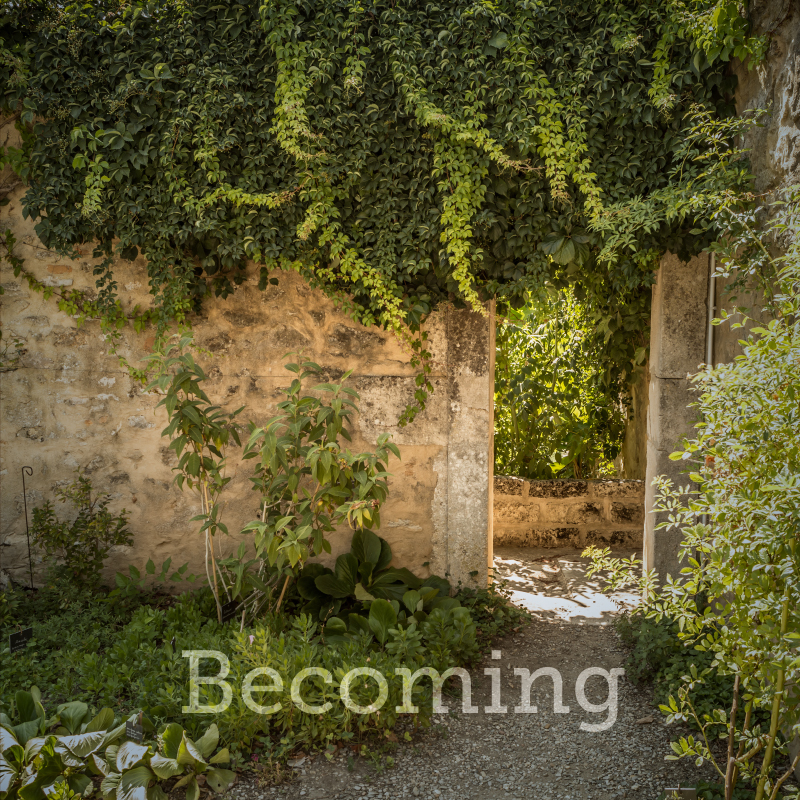 At a surreal art fair that took place over a series of backyards, I went there with my friend Charlie (not really a friend, not really named Charlie), he was looking for Christmas presents and I was looking for something un-namable that I still have not found.

There was, inexplicably, a craft room. It seemed to contain mostly glitter. Four people sat inside drinking tea and not making crafts.

There was a tip jar, and a sign on the door with the rules of Craft Room.

The first (and only) rule of craft room.

There were no other rules.

I wish I had taken a picture for you, if only to prove that none of this was a dream.

(It was not, but could have been.)

This has become somewhat of an inside joke.

We are the gathering of [Havi Bells], the vixen-ey vagabond Bond heroine aka the Glamorous Assassin, the eccentric hermit, the writer-righter who is also the wanderer-wonderer, the copper queen out in the desert…

I don’t get out much, so really maybe all jokes are inside jokes.

“I think we might be lost”, says another friend.

“No worries”, I say, “there’s only one rule and that’s the first rule of craft room, we’ll follow it for as long as we can…”

I mean, as rules go.

Or maybe better said, an intention, set with love and hope, for this moment of right here right now.

Can we breathe a breath for RIGHT HERE RIGHT NOW…

Worst case we will over-glitter or spill some glue.

We can make tea. We can turn this into art. We can kintsugi the cracks (or turn them into windows, to expand on Leonard Cohen).

We can learn to marvel at process.

What does it mean to love the broken?

And, maybe more importantly, what happens when we can do this?

Sometimes I get a glimpse of what it means to be the person who can celebrate the unraveling.

We can practice this. Sometimes.

At other times all this is out of reach, and that’s okay too.

A dream that was in fact a dream.

I had the most bonkers series of dreams last night, first I was in a vigilante girl gang, there were four of us in tall leather boots kicking ass and taking names. It sounds thrilling but it was also scary, we were in it to win it, and it turns out that winning it in those life or death situations is kind of high stress, understatement.

Then I was wearing a robe and talking, furiously, animatedly, to my mother, who is dead but in the dream she was not, about how awful it is to wake up each day and remember that Hillary Clinton is not president, and that the system will never un-rig itself because rigging has no interest in being done or undone.

And then I saw a cat on a shore stepping onto a velvet cushion, and watched as it sailed straight for its destination on the other side.

Throughout these dreams the common thread was that I was searching for missing words.

When I awoke, four words were waiting for me in my mind…

Actually it was three words followed by a phrase that was also an image.

+ Agency
+ Flexibility
+ Stability
+ Sure Footed Clear Eyed (like that cat)

I’m in Arizona, home to jaguars and bobcats, and complicated border crossings.

I’m a panther, in training.

That cat from the dream was so majestic, so sure-footed, so clear about its direction. Even as the stepping onto the cushion was a bit wobbly, it had no doubt that this was the right move, and not just because it was the only move left.

I need some of that right now, that Wild Clarity, that Trust In Certaintly, all the superpowers of Purpose, Devotion, Dedication and of course, one step at a time, while remaining super chill.

Super chill because this is just a grand experiment in arts & crafts, and there is only one rule of Craft Room, and even that one rule can only be followed until a certain point (everything ends, and eventually it is long-nap time for all of us), but right now we are EMBODIED.

Yes, Embodied. We are here, in bodies.

And while EMBODIED might sometimes be hard, challenging, frustrating and certainly baffling and confusing, it is also treasure and a gift.

Everything we do to practice curiosity and grace as we learn more about what it means to be in conscious relationship with ourselves and our container, our breath, our be-ing, it all matters.

Sometimes this is because too much pain.

Sometimes I am afraid of what I will say.

(Insight: what if I avoid writing because the things I have to say are important? Haha and then I get sad imagining that I will say them and they will just disappear in the stream…)

Sometimes I get hung up on all the ways someone could potentially misunderstand my meaning, and oh no what if they use what I say to beat themselves up, and Must Solve All Potential Misunderstandings In Advance Forever!

Wait, let us breathe and return to Leonard Cohen:

What is the imperfect offering, lovingly offered?

Is that not also the essence of Craft Room?

Things have been hard lately, yeah?

Well, for me they have and for many people I know.

But we made it here. We are totally embodying the first rule of craft room, even as we are all, at whatever pace and timing, also dying.

But for now WE ARE HERE, and this is a big deal.

A thousand billion sparklepoints to us for crawling and clawing our way through 2018, emerging triumphant by virtue of having gotten here.

Thank you for being here, with me.

And maybe someone reading this thinks that doesn’t matter? I just want to say, very clearly, that it does matter. It matters to me. Even if we haven’t met. We made it. We are here. And just that, nothing else, is a triumph.

A dream, not mine.

My friend K texted me this morning:

“I had a dream about you last night, and I have no memory of what exactly (something political?) but it felt like a triumph, and I woke up and thought: I have to tell Havi that I had a dream in which she was TRIUMPHANT!”

Yes, my word for 2018 was TRIUMPH, and what a bold badass word that is.

How am I feeling?

Well, this year has been very full. A lot of life in one year. Let’s find the moments of triumphant.

0) We made it. We’re here. To the best of our ability we are following the first rule of Craft Room. Hell yes.
1) After four years mostly on the road, I found my place, what a triumph!
2) I spent most of 2017 in a state of first shock and then rage and fury as new lies and betrayals kept revealing themselves in the most painful breakup of all time, and my big wish for 2018 was to stop loving or caring about the person who hurt me. What a good wish: it worked. I uncovered all kinds of pain and sorrow underneath all that anger once it was gone, but also realized this person truly wasn’t worth even one of those tears, good riddance to trash, combined with endless compassion directed inward towards past-me for falling for the long con while dosed up on pheromones, now we know better. Knowing better is TRIUMPH. Not caring is TRIUMPH.
3) For the past couple years I’ve been feeling unsure and wobbly about where I want to go with the business, what I want to offer and in what forms, The Fluent Self is nearly fourteen years old and there was a lot of upheaval when we closed the center. I spent all year seeding wishes for Wild Clarity, and now I have it.

A day of feasting.

I had been feeling anxious about christmas because it is always the loneliest and most boring day but now it is also the anniversary of two different painful betrayals.

But then a woman opened her car door into my mirror in a parking lot, and an exteremely entertaining interaction ensued, we decided to be friends, and since she is the only other jewish person I know in the entire southwest, I said COME OVER ON CHRISTMAS AND I WILL MAKE US PILES OF DELICIOUS FOOD.

In the mailbox were figs from my uncle. I sliced some into rice cooked with slivered almonds, and then stuffed red peppers with the mixture.

And I invented a tahini sauce with cardamom bitters, spicy date-honey, and vanilla-bean salt (!) to drizzle on top.

There were stuffed grape leaves too and olives and cheeses and spicy chocolate. And salat katzutz (chopped salad) topped with a fried egg.

It was all extremely delicious and my kitchen is a form of Craft Room.

We sat on cushions on the floor and talked about love and loss, watched pretty clouds sail across the skylight. We made it through.

We don’t know what is coming. We can’t know. And we don’t get much of a say in it.

But we can be steady with intention, devoted to this conscious relationship with ourselves and our internal and external worlds.

Here is some of what I am seeding with love for this new year:

I am ready to be not only triumphant but formidable in my triumph and in all of it.

May this all be for good, may it transpire in the spirit of play, with great regard for the rule of craft room.

Guess who is opening a new retreat center! Guess!

I will give you a clue in the form of this much enthusiasm:

(If you guessed me, the person who previously once upon a time ran two other extremely magical retreat centers, and then mysteriously dropped off the planet for like three or four years to process grief and identity stuff and the most painful breakup of all time, that is a really excellent guess and I fucking love you.)

It is here. The Secret Agency at Stargazer House. It is the center at the center and it opens and closes like a flower, just like us. We are only doing solo retreats this year, possibly back to groups in the future, have not decided yet.

A breath for Craft Room, for here-now, for this passage.

What witchy words and superpowers can we call on and in?

(Aka all the powers of SUDDENLY SOLVED but even better than that!)

And of course my current favorite: what is good for me turns out to work out well for everyone, my good is everyone’s good, the wholeness of the whole is the good of all, the collective and the solitudinal, all working beautifully in unison, may it be so.

Do you want to wish some wishes with me here in imaginary Craft Room?

You are invited to be here with me, in whatever form you like.

You can name any noticings from this year, or call in any desired superpowers, or share anything sparked for you from what I wrote here. Love and enthusiasm and [!!!] always welcome.

As always, we are on permanent vacation from care-taking and advice-giving. Each of us is in our own process, and process is unique. Sparks of sweetness for everyone in this orbit, doing the work of self-fluency or letting it brew under the surface which also counts, it all counts, wishing you only good.