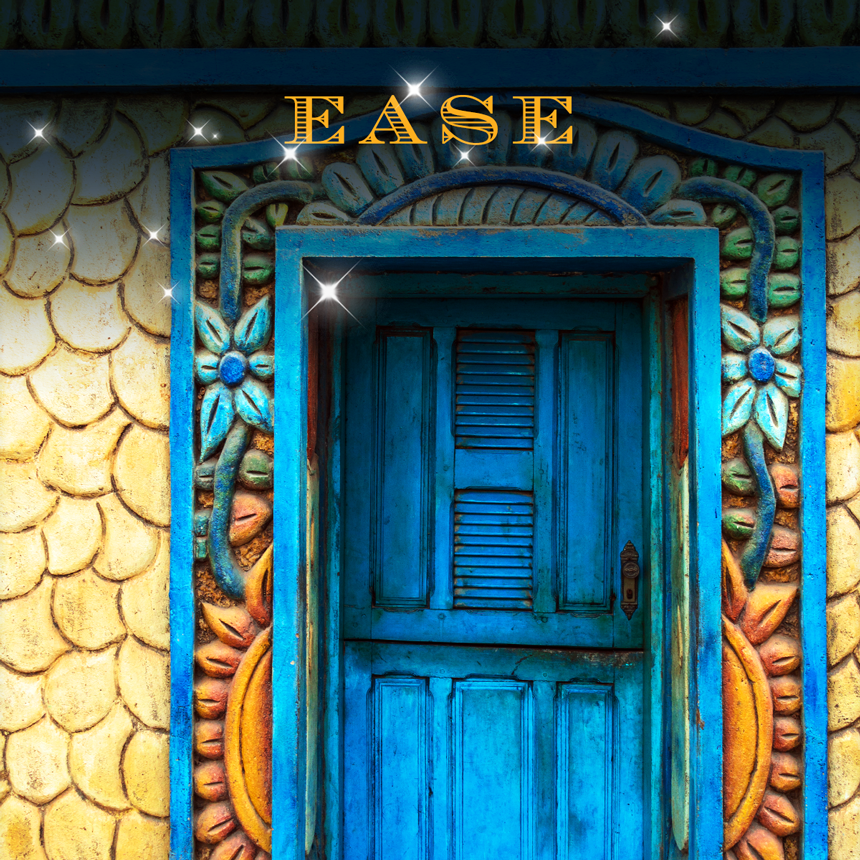 Begin with the breaking

There are so many stories I want to share with you, where do we begin?

Begin with the breaking

A story about a bottle

I have been crying for six months straight,
riding the rage waves of this painful breakup, the betrayal-and-loss,
crashing with the grief tide,
sometimes shattered, sometimes barely holding on through
heart-breath heart-breath heart-breath,
and, at some point on the six week solo road trip voyage of
[Into These Big Feelings / Get Out And Be Hard To Find],
not sure where exactly, some hippie grocery, in Madison or maybe Lexington,
I picked up a bottle, a grief-release tincture,
you can spray it around you or place some under your tongue,
according to the label it is supposed to bring ease

Except I didn’t care for the taste or the smell,
so mostly it sits in the car next to me, a reminder to keep breathing into my heart,
now and then I spray a little when the tears blur my path beyond seeing,
until this morning when I took my sweet star car back to the mechanic
(haha, yes, lots of things are broken)
(not just in my heart, in my perception)
and hastily transferred the contents of the front seat into my bag,
walked maybe half a block, pulled out my scarf, you’ve already guessed what comes next,
the grief bottle took this opportunity to dramatically fling itself on the sidewalk,
breaking in half

Yesterday morning my grief finally broke,
in a miracle of easing,
and exactly twenty four hours later my grief bottle followed suit,
as if to say, hey you don’t need this anymore,
breathe easy without me
breathe ease, breathe ease

The day before the grief broke, I was listening to
one of the best (sorry, it’s in hebrew) angry-hurting-heart songs there is,
a song that rages its way into sweetness,
thinking about this line:
“just me and the bottle, I’ve got no one /
drinking my soul out, I dive into the bottom of the glass but it’s broken”
and now the glass is broken, it’s just a different glass,
a better kind of broken,
who even knew there was a good kind,
hello, sweet miracle

A story about chance

I was thinking about someone and how I haven’t texted them,
because I don’t know what to say or how to connect,
then I walked into the cafe where I’ve been writing (and crying) every day
for the past few weeks, and no one knows about this secret writing spot,
but this person was there, very mysteriously,
and, even more mysteriously, behind the counter,
because this is their new job,
surprise!

So that brought ease to the mystery of [how do I approach] because hey there I was,
so I said the thing I wanted to say, and it was easy,
and later I cried some more but this time not about heartbreak or any other
mysteries of humans (and communicating),
because now I get to cry about other things like everything else that is broken,
but now I have a friend who works in the place where I cry,
they brought me napkins and hugs,
and listened, without trying to fix,
this was also a gift of ease,
thank you for this unexpected treasure
in the Month of Ease

A story of A Fortuitous Misremembering

A fellow secret agent told me they’d had in their mind that December was
the month of RELEASE, which turned out to be a doozy of a quality,
just like this month,
and somehow I hadn’t even realized
that EASE is inside of RELEASE, hiding in plain sight,
but yes, the Easing in my heart was in fact a Releasing,
an undoing unwinding unbinding,
also a champagne cork,
but more on that later!

The month of Ease comes with the superpowers of effortless release
and relaxed positivity,
easing into the releasing,
many things this month have been surprisingly fortuitous for me,
surprising and fortuitous,
including all the breaking

Here’s to the superpower of Fortuitous Misremembering,
may this turn out to be related to
all other forms of fortuitous realizations,
may it be revealed that the obstacles were not obstacles,
that the breaking was necessary and important and healing,
and that yes, there is treasure both in easing my way through the hard
and also in having found
the hardest way into ease…

The hard parts of ease (ha!)

Yes, it is the month of Ease, and the month of Ease been quite possibly
the hardest month,
one piece of seemingly-terrible unwelcome news after another,
in every category, from
the $2500 car repair, not covered by insurance,
which was already not fun but then a dozen other
impossible-to-anticipate and increasingly terrifying
[mysteries, expenses and other forms of upheaval],
showing up both out of nowhere and all at once,
so many, and in such quick succession that it seemed like,
I don’t know, contrived somehow, engineered, clearly a redirection,
like the road blocks that appear on every road in The Truman Show,
when he finally gathers his courage to leave town

Then other blocks and obstacles, more and more,
a virus that knocked me out for four days except it wasn’t a virus at all,
every possible thing going wrong / seemingly-wrong,
all of it directing me to the place I was when the grief broke

Taking it / taking it to heart

Okay, I will take the Redirection,
because it is there,
and because sometimes the path of ease is the path of least resistance,
but also, and this is important, I will pay attention and question the Redirection,
because I am tripping over things so hard,
and because it is said that Ganesh, the god of removing obstacles
sometimes puts them directly in your path in order to get you off the path,
because that path was not yours or because there is a better path,
and so I will listen and notice and keep breathing love
into my heart
and all around me,
easing my way

As you know, I love cover stories and proxies, and
working on things by intentionally going around them,
pretending I’m working on something else,
for December I have been deep undercover in Operation Corkscrew,
it is so completely undercover that even I don’t know what it’s about,
or what it stands for, or what “corkscrew” might mean.

It is a stand-in for [how do I solve all the mysteries] and
[what do I do when everything is breaking all around me] and
for my wishes related to Ease.

A story about being a bell

I go see K’s show,
because blues is the medicine for the blues,
and because Lisa is playing too, and she is made of magic,
and because dance is my salvation

During the last song K comes off stage and puts his guitar around me,
placing it on my back, holding me close, playing guitar on me and
singing the rest of the song in my ear,
the music is REVERBERATING IN MY SPINE,
and for the first time in my life, I understood what it means
to be a bell, which is a funny thing for someone
whose middle name is bell

All I want in life
is to be a bell in a bell-tower,
powerful-and-peaceful, resonant, always at home in myself,
echoing and reverberating,
ringing out qualities in sweet concentric circles,
but this was the first time I understood what it means to
vibrate sound with all of me,
to be vibrating sound, all of me

I wanted more of this
so I invited K, as both musician and fellow broken-hearted friend,
to accompany me to some singing bowl sound meditation thing,
which sounded like it could be weird and cool and possibly healing, as well as
a way to focus on something other than
how much everything hurts

During the sounds I had a vision,
and after the sounds, I was flat on my back for four days,
which was incredibly frustrating and felt like the opposite of the vision,
but I think what was actually happening was a sort of
{integration / incubation / chrysalis}
as if my body was trying to be very clear with me:

you are to do absolutely nothing other than sit
with the information you are receiving,
and really receive it,
everything needs to pause
while you listen

It has delivered unexpected solutions,
and it has brought peace,
and we still have most of the month to go,
I am looking forward to seeing what else might ease

Once I could walk again, I went to yoga,
where I had three massive heart-healing breakthroughs,
one after the next

I am not going to describe them,
because I can’t,
but I can tell you what happened after

Drawing to the end of shavasana, T asked,
what are you noticing?

And, ringing like a bell inside me,
was my beautiful heart,
and the three missing qualities,
[Joy and Hope and Ease]
circulating through my bloodstream,glowing and alive

After an agonizing day of grief and sorrow,
after six months (sure, okay, it’s been a year) of sobbing my eyes out,
I noticed joy

and I saw a butterfly (it wasn’t real, but I saw it)

In yoga T said press down to go up,
and suddenly I understood what “corkscrew” means

We used our hands and arms to imitate the motion of breath,
with the inhale the diaphragm drops down
while the ribs expand out,
with the exhale the ribs narrow,
the diaphragm lifts,
do you see,
it’s a corkscrew,
the breath itself works like opening a wine bottle
with one of those bottle openers where the sides open out like
unfolding wings
and then you press down
the cork pops up and out,
an ease of releasing

A wine key,
made of wings and ease,
angel breath,
easing the passage,
making room for Clarity and Sweetness,
and whatever other treasure is on its way

This is what it feels like to be unbottled,
decanted, released

This is what happens with each breath,
an easing of ease:
wings spread,
a key opens something,
and then we get to do it again,
life force reverberating through us
like music

(a breath of awe for this)
(what if everything can be easier, even this?)

Wishes at the threshold

Last month I wished for Solace, and
An Undoing that is a Returning,
and I Am A Bell

I received all of these and am crying again now,
but tears of thank-you this time

Invocation for Easing Into Ease

Asking for:
Ease-Filled Solutions (that benefit everyone involved!),
Sweet Simplicity, Wild Miracles, Joyful Timing,
Heart Overflowing Gratitude,
I Am The Luckiest / This Worked Out Perfectly / It Is So Very Clear,
Powerful & Peaceful, My True Bell Self,
LIGHT-HEARTED
Welcoming All The Right Allies, Playmates & Dance Partners,
I Trust More / I Trust Love More / I Trust-Love More,
Excited For This New Path, Wind In My Sails
I am Fierce & Fearless, Powerful & Striking,
Of The Earth & Wild, Glowing & Alive,
Triumphant in movement and in stillness,
riding-striding-sailing-embarking,
at home in this beautiful heart full of light, yes to life,
may it be so

You can share appreciation or anything sparked for you while reading or deposit any wishes of your own.

Safe space for creative exploration asks us to let go of care-taking and advice-giving.

It’s always okay to comment under a made-up name, for play and delight, or in the interest of Safety First.

People vary and my process doesn’t have to be yours, this is a good thing.

Here’s how we meet each other: with warmth and appreciation, whispering oh, wow what beautiful wishes!