There are several people I know who are extraordinarily wise about time.

And about how there is always more of it.

One of these people is my marvelous uncle Svevo. One is my dear friend Hiro. One is Douglas Buchanan. One is Janet Bailey. One is Waverly Fitzgerald. And another is Cairene, one of my partners-in-crime.

Janet, Waverly and Cairene have all come to play with me at Rally (Rally!). Come to Rally. You will seriously meet the most amazing people.

Anyway, yesterday Cairene and I were talking about how we want to interact with the coming year as a year.

We were peeking at my Almanac, which is a version of the Book of You that has to do with your relationship with time. A collection of what you know about how you are at different times of the year.

But then we got stuck when it came to the quarters. 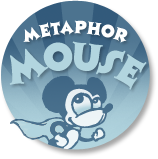 Dividing the year into quarters, that is.

They’re all over the place in Shiva Nata.

And four is the seasons.

Four is the right size (for me, yes?) for allowing the year to fall into segments that I can visit and explore in depth.

But something about thinking about the year in terms of quarters was a sticking point.

So I sent up the not-a-bat signal, and called on metaphor mouse to help untangle the stuck. Here’s what happened.

A reminder: We know from the “People Vary” principle that words can have intensely personal definitions. My definitions will probably differ from yours.

Any negative associations with quarter?

Having an executive calendar. Things straight people do. Things adults do.

Sitting in a leather swivel chair in uncomfortable chairs having an excruciatingly dull powerpoint presentation inflicted on me about Fiscal Reports and Annual blah blah earnings ohmygod get me out of here.

Edit! I said chairs twice! The second one was meant to be clothes but I’m keeping it as chairs because it made me laugh.

I’m not sure where I have this image from because, gott sei dank, I have never been in a place like this.

On second thought, it looks like the office meeting room from Arrested Development. Got it.

What do I want?

Words and qualities that are important:

I’m out in the world. In nature. But not exposed. My senses are engaged. I’m actively present in this space.

I’m in a garden. Whoah, garden beds? There could be four of those…

No, it’s not just about the garden. There’s definitely indoor space that exists outdoors. It’s all very cozy.

So this is an estate. What does an estate have? It’s not a wing or a suite. It’s a cottage! Or a place on the estate that has both land/garden and a place to hide in.

Cairene: Yes! Because time is a dimension, not a force! You can shape it.
Me: Yeah! Exactly. You are THE BEST. Thank you for saying that in the exact right way for me.

What do I know about this new space?

Okay. There are four parts. Four places I can go on this estate. Which is mine, because it’s part of my kingdom.

And each of these spaces is connected to a season.

Each has both elements of nature and of shelter. Outdoors and indoors.

These seasons do not line up with the fiscal quarters. They have their own rhythms and they echo the outdoors.

What else do I know?

I do not live in any of these places. That’s what the Humming Castle is for (sorry, I haven’t written about that yet but just assume that it is AWESOME).

But each of these spaces is the home for my plans, hopes, gwishes and mysterious projects for that particular season.

I can move about from place to place throughout the course of the year.

And get this! These … spaces have essentially become the living quarters for what I want to do in that thing that used to be called a quarter.

So I’ve gotten rid of quarters and replaced them with quarters.

(Then I had to collapse in giggles for about ten minutes.)

Cairene got me thinking about useful things to ask.

Like what tools and furnishings live in each one.

What is ready and waiting for me there?

How do I mark the transition times? Are there customs that will help me exit the summer gazebo and ready myself for the fall treehouse?

And I always like to ask what would make this experience pleasurable. For me.

Because if I want a warm, peaceful relationship with time, and if I want each of the quarters to be a home for the adventures we’ll have in them, then I can’t allow that process to turn into stressful, horrible work. That would kind of defeat the purpose.

And in the meantime, I’m in the cabin. Playing. Getting to know what it’s like. So far I can tell you that it smells like pine, and there are shelves in all the right places.

Play with me! The commenting blanket fort.

Metaphor Mouse reported that he’s happy to stick around, so you’re more than welcome to use his superpowers to unpack, translate or rewrite any words you like.

We’re all working on our stuff. We make room for people to have their own experience, and we don’t tell each other how to be or what to feel.

If you would like to be on my Enthusiastic and say HOORAY for how happy I am right now about my new metaphor, that is very welcome. Or you can share a deep exhale, which is what I did when I discovered that even something as impersonal as quarters could have its own home.

Love, as always, to the commenter mice, the Beloved Lurkers and everyone who reads.

p.s. Metaphor mousing is another way to get to the practice of conscious entry. So if messing about with words appeals to you, give it a try. Or come to a Rally (Rally!), because people tend to accidentally become friends with metaphor mouse there, and it happens really easily and unexpectedly. Yay!