I wanted to write a little declaration of who we are — the people who hang out here.

This place can be a little overwhelming.

Especially when you first encounter it, with the layered vocabulary of invented words and symbols.

We even have our own superhero, and jokes that have reached new levels of self-referential absurdity.

It’s a lot to take in. And culture is a powerful but sometimes complicated thing.

Really the main thing I want to say is this: Everyone belongs. You are welcome here.

This site has been around since August 2005, so in internet years, we are old as the hills. And since the very beginning, the people who have gravitated to this space are thoughtful, bright, kind, creative, insightful, self-reflective, people whose company I genuinely enjoy.

Given that most of the internet is somewhere between mild headache and toxic cesspool, what we’ve built here together is beyond special. I always feel good here. It’s a warm, safe, playful, permission-filled space, a sanctuary. It glows with good.

It’s also the only place online where I ever read the comments. And honestly, sometimes I think they’re even better than the posts. I like how we play here.

We live life as intentionally as we can stand, which is to say that we spend time asking questions, and examining why things might be the way they are, while wondering what we’re probably wrong about.

You can fly as many freak flags you want or not have any. That’s not important. What’s important is your relationship with yourself — with your internal and external worlds, that’s what we work on and play with here, individually and sometimes together.

We recognize that everyone is working on their own stuff, and we make room for that. We let people have their own experience. We are warm and welcoming.*

* With each other, and ourselves! We can still be misanthropes in daily life. It’s not like we have to be sweetness and kittens all the time.

Who hangs out here?

In ten years of doing this and running about 65 retreats and rallies, I’ve met writers, artists, engineers, therapists, teachers, yoga people, and hundreds of people who have no idea what they want to do when they grow up. Which is perfect since I feel exactly the same way, and actually I don’t even think that question even matters.

I think I’d describe many of the people here and in my programs at my center in Portland and in various parts of the world as intelligent, hilarious and marvelously eccentric.

I’ve also noticed that a lot of them wouldn’t necessarily self-define that way at all, and that’s fine too.

On the other hand, I once witnessed one of those people who was all “oh I don’t fit here because I’m not kooky” facilitating a conversation with hedgehog erasers at one of my retreats. So really, who’s to say.

If you like it here, you get to be here too. We all sometimes think we don’t belong — that’s just outsider complex, everyone has it, and the usual fuzzball monster talk.

Ways to work with the stuff we talk about here.

Play in the blog and the endless archives.

There are cool and very useful products and tools available in the shop.

I recently closed my Portland center, The Playground. And I’m on Shmita, so I’m not currently [verb]-ing retreats or Rallies. Sign up for the announcements list to find out if that changes….

And I’m also taking a break from one-on-one work with clients. If that’s something you’re interested in at some point in the future, here’s the prerequisite:

You have already done enough self-fluency work on your own to have reached the point where you genuinely don’t care what I think.

By which I mean: you really get that we are equals, fellow agents in the agency of Agency, so you know that of course my opinions don’t matter. You aren’t coming to me for advice, you are coming because you know that the kind of play we can do together (and the results we can reveal together) is going to be deep and meaningful.

If you’re not there yet or the concept doesn’t make sense, no worries. There is so much good stuff to work on and play with in the meantimes. All timing is right timing.

I look forward to getting to know you here.

Love, as always, to the commenter mice, the Beloved Lurkers and everyone who reads…
Havi 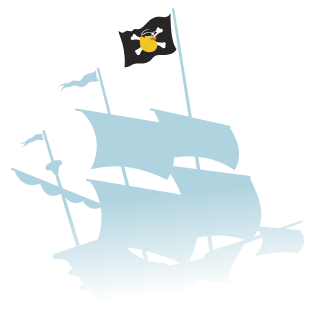